How Air Cleaner Efficiency Is Measured

Air cleaner efficiency is measured by how thoroughly an air cleaner or purifier captures particles, and the amount of air it can process in a given period of time. In other words, an air purifier is only as good as its ability to catch particles of all sizes and process enough air to make a difference. 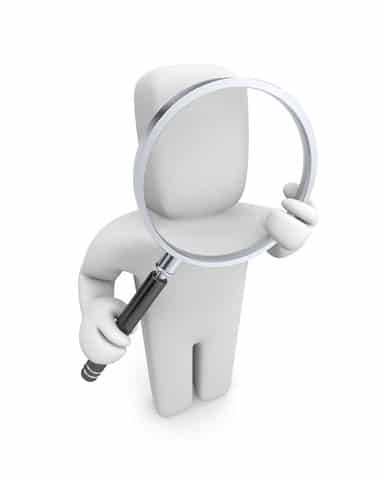 Filters that use electrical attraction to grab particles (electrostatic precipatator) are different. Most don’t slow air as they “fill up,” but their charge is diminished by the accumulation of particles. They’re most effective when they’re clean and when the air passes through them at a relatively slow rate. 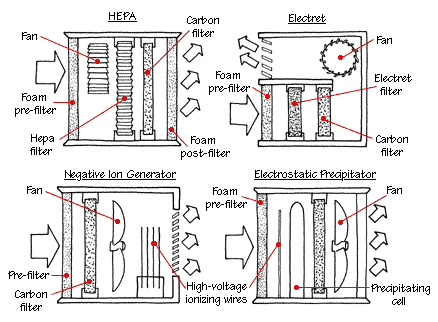 Dust particles are measured by the micron (one micron equals 1/25,400 of an inch). The human eye can see lint, pollen, and dust particles larger than 10 microns. Most air cleaners eliminate a large percentage of visible dust that passes through them, but to be really effective, an air cleaner should eliminate most microscopic particles, too.

The standard of air cleaner efficiency at eliminating tiny particles was long ago set by the HEPA filter, which is tested at its ability to eliminate particles that average .3 micron in size. This is the particle size most likely to be inhaled and deposited in the lungs and the most difficult for mechanical filters to catch. More recently, the ULPA filter was developed and is capable of removing particles as small as .1 micron.

The effectiveness of a filter is tested and given an ASHRAE (American Society of Heating, Refrigerating and Air-Conditioning Engineers) rating. The first rating, Initial Staining Dirt Efficiency, is a critical measurement of how well the filter removes microscopic staining particles such as tobacco tar, allergens, and grease. The second rating, Average Arrestance Test, refers to the percentage of ordinary dust, hair, lint, and other large particulate matter removed. When comparing ratings, it’s important to know which of these two is being listed.

The Association of Home Appliance Manufacturers (AHAM) certifies some portable air cleaners with a Clean Air Delivery Rate (CADR). This measures how many cubic feet per minute (CFM) of air are cleared of a certain size particle. Three particle sizes are rated: smoke (minute), dust (medium), and pollen (large). The higher the CADR rating, the less time the unit needs to remove a given quantity of certain particles from a specified room size. AHAM-certified models are marked with CADR data.