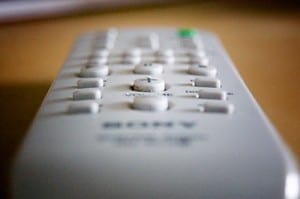 If you are looking to upgrade your dated television but are intimidated by the vast number of features and options available, set your mind at ease. In this article, you will find information that will help you wade through the buying decisions involved in purchasing a new high- definition television (HDTV).

Determining how much you can spend is a key step when shopping for an HDTV. Assign yourself a price bracket, and then explore the various different HDTV options within that range.

With the exception of HD front projection, the price of HDTVs are almost always directly related to size: the larger the size, the more expensive the set.

When determining the right size television to buy, note that dimensions are specified by the diagonal measurement across the screen (from corner to corner).

CRT (cathode-ray-tube) televisions have a special vacuum tube that produces images when an electron beam strikes a phosphorescent surface. The first televisions produced in the 1940s were based on CRT technology, and this was the only widely available type of television until a decade ago.

CRTs now come in high-definition models and are usually capable of displaying 480 or 1080 horizontal lines of interlaced resolution (referred to as “480i” and “1080i,” respectively). Most HD CRTs improve upon the standard definition (480i) format by refreshing the pixels in a “progressive scan” process called “480p.”

CRT TVs are relatively affordable and reliable. They come only in 36-inch or smaller models, and their mid-sized screens are mostly appropriate for small rooms.

These television sets are much bulkier and heavier than other television technologies; most are about 24 inches deep, and they can weigh up to 200 pounds. One other drawback is that a CRT’s picture quality can deteriorate after several years.

Despite the drawbacks, high-definition CRTs are a good, low-budget choice for budget-conscious consumers who want to upgrade their TVs.

If you are shopping for a new high-definition television and you have a fairly large budget, you might be interested in an HD flat-panel LCD TV. LCD flat-screen HDTVs are available in a variety of sizes, ranging from about 23 inches up to 70 inches.

If you want the newest and best, be ready to spend significantly more for a 1080p set.

An LCD TV is typically 4 to 6 inches thick, and even units with screens larger than 40 inches can weigh only 50 pounds—about half the weight of comparably sized plasma TVs (see below). This makes them great for mounting on the wall.

LCD TVs stand up well when it comes to minimizing reflections, too; they generally perform better than plasma screens in brightly lit rooms.

Also, LCD TVs are not as susceptible to “burn-in” as plasma screens. This is a phenomenon in which a ghost-like image can be permanently etched into the screen from paused pictures or lasting lines and colors such as those from news tickers or video games.

Like other top-end HDTVs, LCDs have outstanding picture quality and very fine resolution.

Plasma-screen HDTVs are among the best in HDTV technology. They are known for their superior contrast, deeply saturated blacks, and accurate color representation. They also have outstanding viewing angles (no reduced picture quality when viewed from off center).

Plasmas can run on the heavy side, with 40-inch screens weighing more than 90 pounds, and they can be slightly more difficult, though not impossible, to mount on a wall.

Also, their glass screens can be highly reflective, which causes annoying glare in bright rooms. This can be helped but not necessarily cured by anti-reflective coatings.

If you’re looking for a large-screen television at a lower cost than that of a plasma or LCD TV, a rear-projection TV (RPTV) may be for you. Just be aware that, as the size of the screen goes up, the resolution goes down. That’s why it makes sense to go with high-definition technology if you’re going to get a rear-projection TV.

High-definition rear-projection TVs have screens that run from 50 to 65 inches. They are from 16 to 24 inches deep, depending on their technology. They are surprisingly lightweight, and many have very good picture quality and fine resolution.

Rear-projection HDTVs use either CRT or microdisplay technology.

CRT RPTVs employ a tube-based technology like that used for traditional televisions. One major downside of a CRT is that its vacuum tubes require more space than microdisplay technologies and often extend up to 2 feet from the front element.

The HD varieties of RPTVs are relatively inexpensive for their size but have marginal viewing angles and usually less-than-perfect picture quality when compared to microdisplay RPTVs.

Microdisplay RPTVs either bounce light off or shine light through microchips en route to the screen. They come in three types: DLP, LCD, and LCoS:

DLP (digital-light-processing) technology, created by Texas Instruments, utilizes a light-bouncing microdisplay. These HDTVs usually have very good picture quality, especially in 1080p models, and are available in numerous brands at many prices. Like other types of RPTVs, some undesirable “rainbowing” can appear around bright on-screen objects.

In the past, LCD RPTVs were typically found to be less acceptable than DLPs, partly because of their less-saturated black color balance and their tendency toward a “screen-door effect”—viewers sitting close to the screen could see the grid-like structure of the pixels.

LCD RPTV technology projects light through a microchip onto the screen, which nearly eliminates any “rainbow effect” that may otherwise disrupt the smooth edges of bright on- screen shapes. 1080p sets match the picture quality of DLPs.

LCoS (liquid crystal on silicon) is another type of RPTV technology that bounces its projector’s light off a microchip and onto the screen. These RPTVs are known for their dark, rich blacks and 1080p brilliance. Though 1080p models are expensive, LCoS RPTVs have a solid performance record and, like the LCD RPTVs, have virtually no “rainbow effect.”

All rear-projection HDTVs use bulbs to project the HD image on the front display element. The projection bulbs need to be replaced after about 5,000 hours of use and cost around $200 each. You can have them installed for around $200 or install them yourself. RPTVs generally require more repairs than other types of HDTVs.

They have a relatively complicated setup, but front-projection systems provide the largest image possible among HDTV options.

Similar to a movie theater setup, front-projection TVs employ a screen and a projector, each sold separately. The screens can range from 70 to 200 inches.

There are many types of HD front-projector units. They utilize the same technologies as rear-projection HDTVs.

An advantage of a front-projection system is that you can resize the image at any time by simply moving the projector closer to or farther away from the screen. Also, these setups are highly portable. Screens can be rolled up and projectors unplugged and moved whenever you want to relocate your HDTV.

Front-projected images are highly susceptible to light wash-out, so they require a dark room to fully appreciate the high-definition picture. Also, setup and installation of front-projection systems can be complicated when connecting speakers, a DVD player, and the tuner with the projector mounted on the ceiling.

The bulbs used in HD projectors last about 2,000 to 3,000 hours and cost approximately $350 each. There is also a risk of “rainbow effect,” as there is with rear-projection televisions.