Vines are sold in the form of seeds, as container plants, or as bare-root plants when dormant. If you are planting from containers, it’s best to do so in spring or fall. If you do plant in summer, pay special attention to providing the vines with enough water and protecting them from hot sun while they are becoming established. Plant bare-root vines as soon as you buy them. 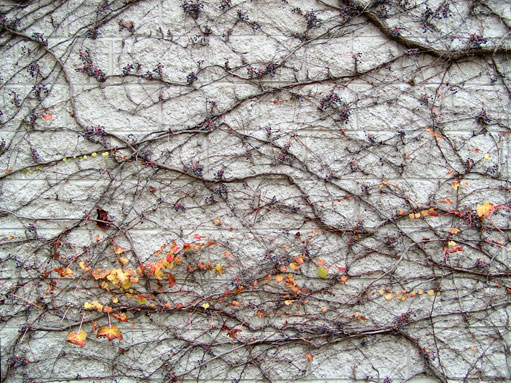 Choose plants with healthy foliage that is pest-free. Also, check that the roots aren’t compacted and that the soil hasn’t been allowed to dry out.

Like most plants, vines prefer good soil (an exception is nasturtium [Tropaeolum], which prefers poor soil). If your soil is sandy, add organic amendments to help slow drainage and provide added nutrients. If you have claylike soil, unless you are planting annuals, it’s best to leave it unamended.

Dig a hole twice the width of the roots of the plant and slightly shallower than the root system, centered about a foot from the support structure. Taper the sides of the hole slightly outward at the bottom, and then dig deeper around the edges at the bottom to allow room for the roots to grow downward and to prevent the soil from settling. Shape the soil in the center of the hole into a rounded cone, which will serve as a base for the plant.

If planting from a container, gently remove the plant; you may need to tap on the bottom of the container to loosen the rootball. Place the plant on the cone so that the rootball is slightly above the surrounding soil, and then lean the plant at a 45-degree angle toward the support. Spread the roots out around the cone and fill in the hole with soil, firming it as you go. Once you’ve finished filling in the hole, water the plant until the soil is moist but not soggy.

Keep the soil moist as the plant settles in. During the growing season, form a berm of soil around the planting area to create a watering basin. Water newly planted vines when the soil is dry to 2 inches deep. Once a plant is established, water only as needed. Many plants won’t need any supplemental watering.

Buy and plant bare-root vines when they are dormant, during the winter in mild-winter areas and about three weeks before the last frost in colder areas. The planting holes should be deep enough so the plant will be set at the same depth it was grown in at the nursery (look for the soil mark on the trunk) and wide enough to allow you to spread out the roots.

If the roots are dry, soak them for up to four hours before planting. Remove any damaged roots, and trim the remaining ones to approximately 6 inches. Carefully set the plant in place and spread the roots out. Lean the plant at a 45-degree angle toward the support. Cover with the soil you removed from the planting hole and water thoroughly.

You’ll need to read up on the exact care requirements for your specific plant. However, drip systems or soaker hoses are always a good watering method. You can also use watering basins around the plant base to help direct water to the roots. Adding about 1 to 3 inches of mulch will help conserve water and suppress weeds.

Most vines benefit from a regular fertilizing program. An all-purpose fertilizer that is higher in nitrogen (the first number on the fertilizer package) is the best choice for stimulating growth. Fertilize newly established plants when you plant them. Established plants should be fertilized early in the growing season. Follow up with a second application if the plants aren’t performing well, and stop fertilizing six weeks before the first expected frost. 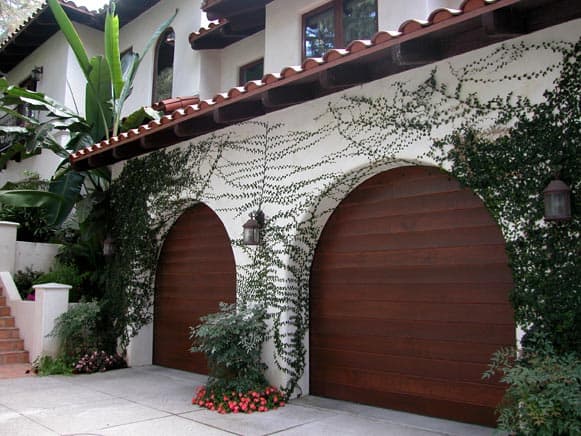 Keeping vines in check is important. Though you can take out wayward growth at any time, it’s best to do the major pruning when the plant is dormant. Prune dead, weak, or diseased branches.

Vines that tend to tangle, such as honeysuckle, can use periodic thinning. Cut back any stems that are wrapping around existing growth, or detach them and direct them where you want them to grow. As always, check with a garden center for the specific requirements of individual plants.

Clinging vines, such as ivy and creeping fig (Ficus pumila), will grow over anything in their path, including windows and doors. Cut back growth as soon as you see it headed in a direction you don’t want it to go.