How to Read Your Electric Meter | HomeTips


How to Read Your Electric Meter 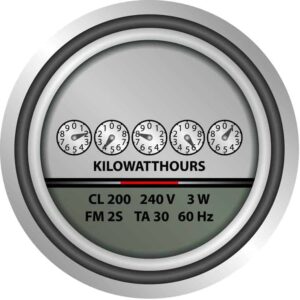 Where power lines enter your house, you’ll find an electric meter, which —in many cases—looks like a large glass jar with a bunch of wheels and dials inside. These four or five dials measure kilowatt hours—the units of electricity you’re billed for.

Newer digital meters are located in the same place, but are easier to use because they display actual numbers to measure your electrical usage by kilowatt hours. 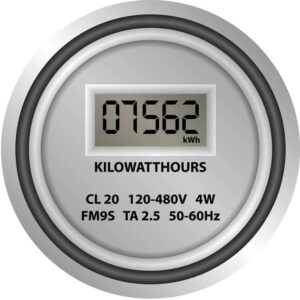 A kilowatt hour is equal to 1,000 watt hours, the amount of energy it would take to light ten 100-watt light bulbs (totaling 1,000 watts) for one hour.

Each month, a utility company representative records the meter’s readings. The previous month’s reading is subtracted from the current month’s reading to arrive at the usage that appears on your bill.

If you know how to read an electric meter, you can do the same thing. This can be helpful in tracking energy costs or checking the accuracy of your bills.

Reading a new digital meter is easy—you just record the numbers. But the older and far more prevalent type of meter—mechanical with dials—is a bit trickier to read. 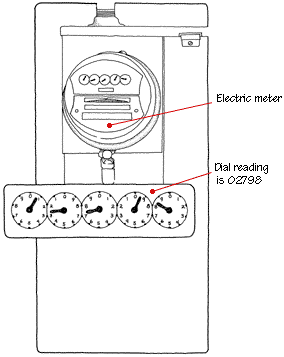 How to Read a Mechanical Electric Meter:

Read from right to left, jotting down the number each pointer has passed or is pointing to. Please note that, with most mechanical electric meters, the numbers circle the dials alternately clockwise and counterclockwise. Don’t let this confuse you.

Write the numbers down in the same order that you take them—from right to left—but read the result from left to right. In other words, looking at the line drawing shown here, the meter reads 02798.